Bristol Open 2018, turned out to be the biggest on record, with over 1500 registrations and fighters from 17 countries, making this the largest Martial Arts competition on UK soil.

Team EPiC took a huge team to its home competition and had over 100 individual registrations over the 2 days of fighting.

Using the most up to date Martial Arts technology, in Sportdata, the event was amazingly run, starting on time both days and keeping to schedule, informing fighters and spectators when their categories would be running. A huge amount of credit needs to go to the organisational team, for putting together such a great weekend of Martial Arts Competition.

There were some amazing individual and tag team performances from the team over the weekend. Team EPiC finished the weekend top of the medal table, a magnificent achievement considering over 80 clubs participated in the event. The final medal table showed 12 golds and 18 silver, a fantastic result, knowing 30 finals were contested with EPiC fighters in them and a further 29 bronze medals were won by the club. 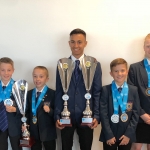 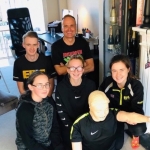