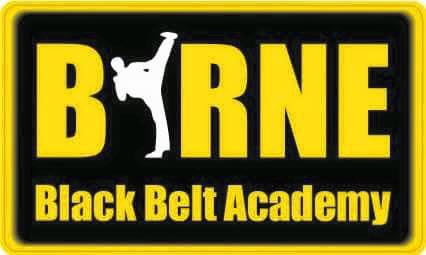 Last Sunday the EPIC team fought at Ed Byrne’s interclub competition in Bodmin. We took 9 fighters down and came back with enough medals to fill a treasure chest. After a 2 1/2 hour drive down to the Cornish site called Lakeview, a picturesque country club set in front of a mountainous backdrop, we checked in to the hall ready for the day’s events. As we walked into the competition hall upstairs we were greeted with the site of at least 60 competitors and their parents. There was two matted areas where the 62 categories would be contested. Finlay Haynes won back to back gold medals in the -135 and -145 boys beginners on points while on the other mats Teia Doyle comfortably won gold in the -6 years points category. As the second hour passed Fin Haynes took on and won gold in the boys -135 boys beginners continuous. The -145 advanced points category passed with Harvey Tyler drawing a tough opponent and being knocked out in the first round and although a first round victory for Harrison Doyle, he was beaten in the second round by the eventual winner. The -135 advanced boys category yielded yet another medal for our EPiC team, with Finlay winning a bronze medal. The last category before the break saw Harvey win gold in the -155 intermediate continuous final. At 2pm we had a break for the raffle to be drawn out. Almost predictably the Doyle family won multiple prizes including some ‘Top Ten’ gloves and Andy Cleeves winning a bottle of wine after he went on about how much he wanted to win it. Some people are so jammy it’s unreal!

At 2.15pm the competition got back underway with the girls -135 advanced points which Ellie Doyle walked to victory and a copy cat performance with some wonderfully timed strikes in the -145 advanced girls straight after. The -155 advanced boys category saw Brooklyn come 3rd after a tough semi-final defeat and Ben Jones go one better with a silver medal, losing to the same opponent in the final. Meanwhile Harvey Tyler won a silver medal in the -135 advanced continuous category on the other mats.

As 3 o clock came and passed we continued to add to the medal haul with Ellie Doyle displaying an untouchable range of skills in the advanced girls continuous category and unanimously winning every fight to take gold with ease. Meanwhile Carmen Jones‘ long wait for her category finally came to an end when she beat three much bigger opponents in style to take a gold medal in the +155 advanced girls much to her parents (and the coaches) delight. As we went past 4 o clock Kameron Doyle had destroyed all his opponents without getting out of 2nd gear in the +155 advanced boys, winning 7-3 in the final.

As we neared the end of the day Harrison Doyle took silver in the Superstars under 11s category and Kameron Doyle comfortably won gold in the Superstars under 15s category. The last categories to be contested were the tag team events which we took gold in all 3 we competed in. Firstly Brooklyn James dominated his opponents opening up an unassailable lead before tagging his partner in who saw them across the line for the first gold. Kam Doyle single handedly won every point during in his tag team category which saw the second gold and the last fight of the entire day ended up with our own pair of Harvey Tyler and Ellie Doyle overwhelming their opponents to take our 31st medal of the day and wrap up the competition EPIC style.

It set the stage perfectly for the EPIC inter-club competition which will be held at Gordano school in Portishead on Saturday 26th September. Well done to all who participated and made the journey down south. Teia Doyle: Had a great day by winning the opening ‘gladiators’ competition, followed by 4 further medals including 2 further golds! Fearless and on the front foot in her points fights. She also got strangely pushed into extra time in a continuous fight that she absolutely dominated but attacked again and left both referees no choice but to award her the win. 5 Medals.

Kameron Doyle: Entered 3 categories, won all with 100% success and never really got out of 2nd gear. Hammered his opponents with ease and he also won his tag team category which he single handedly scored every point for. 3 Medals.

Harrison Doyle: Fought well and was unlucky in the first category he competed in with a couple of poor decisions not going his way. Came second in the superstars category where he had to go through 3 rounds to get to the final. Strong performances and a willingness to compete against anybody following his bronze medal at the recent WAKO European championships. 4 Medals.

Ellie Doyle: Strong performances and obliterated her opponents in both styles. Very strong 4-0 win in her -145 advanced girls category and also fought very well in the mixed tag team with Harvey. Focused and lightening quick combinations in the continuos rounds which she won easily. 4 Medals. Carmen Jones: Carmen had to wait 4 hours for her first fight but showed her talent as she came straight out of the blocks against an opponent much bigger than her. She won comfortably and progressed into the next round against an even bigger opponent again, after a tense start Carmen hammered her 8-1 with precision, power and speed. The final was a closer affair but once again a fearless Miss Jones overcame her bigger opponent to take the gold medal with Andy directing her with every point, her proud parents could be heard from Bristol! 1 Medal.

Ben Jones: Ben fought valiantly against tough opponents in the -155 advanced boys with a very comfortable first round win including two almost landed head kicks. A second round victory also with a stunning head kick this time landed, Ben found himself in the final. The final was a close affair and the referees failed to score a Blatent point and gave a 50/50 decision the other way which ultimately cost Ben the gold but a proud runners-up medal for the talented youngster. 1 Medal.

Finlay Haynes: A very pleasing-on-the-eye display throughout the -135 boys beginner category won Fin his first gold of the day, followed by another gold In the -145 beginners. He went on to take further medals In the -135 beginners continuous (gold) the -135 advanced category (bronze). A successful day for young Master Haynes. 4 Medals. Harvey Tyler: A successful day for Harvey and proud dad Simon as he fought his way to 5 medals. Add to this an unlucky second round defeat in the -145 intermediate points category and it leaves nothing to the imagination about how well Harvey fought. His first category was 4 rounds of fights too which was to set the tone for the rest of the day. 5 Medals.

Brooklyn James: Fought well in his first category and won it without conceding a point! 4-0 and 5-0 wins gave him his first gold of the day, he went on to add a bronze, silver and another gold on a memorable day for the young star. Strong performances in the tag team event landed a gold and a good capping off to show his talents. 4 medals.

Parents:
Amber James, Simon Tyler, Emma Doyle, Andy and Julieann Jones- thank you all for your continued support and dedication!