EPIC performances as the CIMAC Superleague begins its 2015 Season. 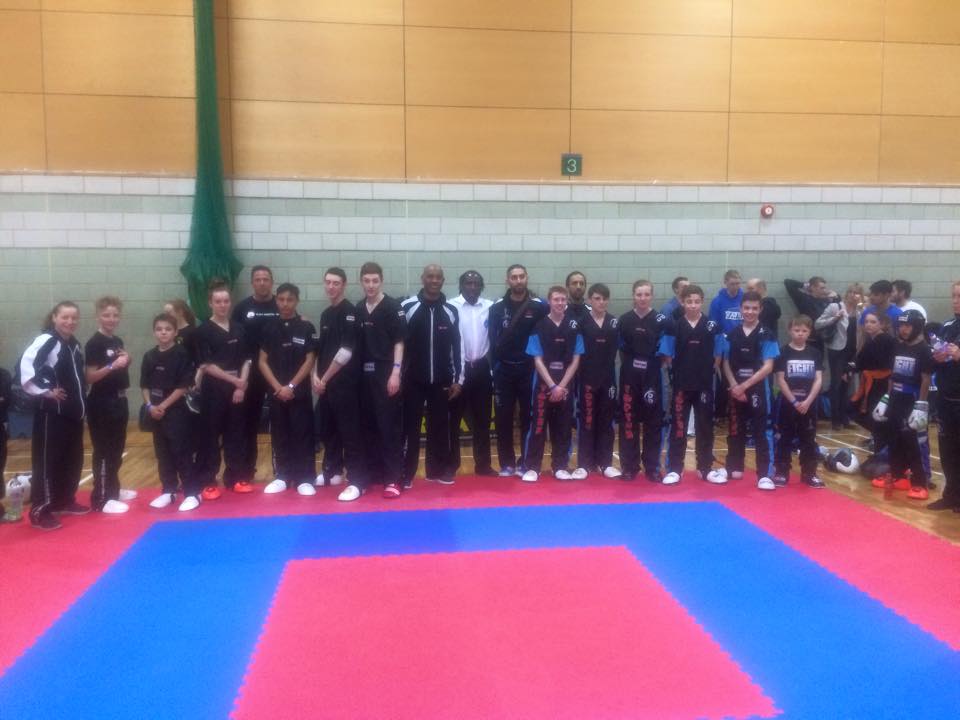 Another weekend another competition for the EPIC team in a very busy spring schedule indeed but so far this year the results have been phenomenal and the opening CIMAC Superleague series in Windsor continued this fantastic run of form. As mentioned, the EPIC students, as part of Team Bristol, had another very good day in terms of medals but one performance in particular stood out and that came from Liam Holden, who took three gold and one silver across two weight divisions in both points and continuous. His medals were gold -28kg advanced points, Gold -28kg Continuous advanced, Gold -33kg advanced points, silver -33 Continuous advanced.

Proud Coach Gio Marchese had this to say about Liam’s performance. “For Liam to fight in 2 weight classes for both points and continuous is so brave and unheard of. He is the only kid on the circuit who not only does both styles but fights both in his own weight class and the weight class above and to finish with 3 golds and a silver is a huge achievement.” Gio had even more reason to be happy as Liam’s Brislington team mate Carmen Jones also took Gold, -37kg advanced girls points, making their Coach extremely happy-“I’ve been away for the weekend in Wales so wasn’t in attendance but when the news got to me that Carmen won Gold and Liam won an amazing triple Gold at the Superleague, I was so happy for them and dead proud. They both train so hard and deserve the wins.”

Further impressive performances came from the team’s circuit regulars and included Rio Williams who fought well in both -33kg points and light contact, coming away with 3rd place in both categories but the highlight of the day for Rio was fighting in the team challenge. Rio was the lightest weight fighter in the team and started off well scoring with a number of head kicks, taking a three point lead forward for the team which ultimately helped them beat Team Blue Blood in the challenge.

Ben and Jack Davies both had a great day at the Cimac, as Jack fought in his first National competition this year and came away with a silver in light continuous and a bronze in points after narrowly losing on sudden death for a place in the final. Ben came away with 2 silvers, one in the men’s intermediate and the other in the over 63kg 16 and unders. He too got a gold medal for his part in winning the team challenge.

It was another day at the office for Hayden Challenger as he had three hard fight in the light contact, losing the fourth but reaching the final of the -28 kg advanced section where he lost out to Liam Holden but achieved an excellent silver. Hayden would like to thank Rio Williams and Cory Cook for helping him get to the final.

The fighting Doyle’s all also managed to medal once again with Kam continuing his hot streak by taking _54 light contact silver and  _54 points gold. Harrison really proved himself at the CIMAC, achieving silver in the _33 points whilst Ellie continued to improve rapidly by taking gold in the  _31 points. She fought above her weight and age against girls 12/13 years old and coming out with the gold really did reward her for putting everything into what she did.

As 2015 continues it has become apparent that Team Bristol, with its EPIC students a core part of the team, are going to be a real force to be reckoned with at both National and International level and that many more medals are certain to be added to an already impressive haul.