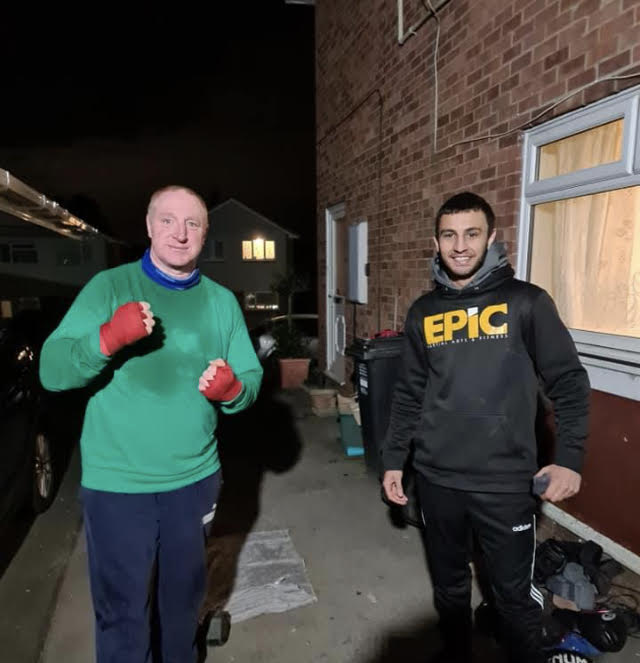 Steve is local to Portishead, and joined EPiC Gym in February 2020. Even though he works as in a very physical job as a scaffolder, it was after a visit to see his GP, that he realised he needed to make some changes to his lifestyle.

At 21.5 stone, and with borderline diabetes, and breathing issues, Steve said this was like an alarm going off, and he knew that if he stayed on the same road he was going down, he would soon be suffering severe health issues.

When Steve first came to EPiC Gym, he said the initial welcome was the first thing that struck him, from the reception staff to the Personal Trainers and members, everyone was just friendly, it can be a daunting experience walking into a new place, especially when you are not in shape, but he said everyone was very welcoming and encouraging, so that helped a lot.

Even though Coronavirus closed everything down after just a month of being a member, the seed had already been planted, and if he wanted to get fit again, he needed to overhaul his 6,000 calorie a day diet and put in some hard work in his training.

Once the gym opened again in July, Steve was a regular, training multiple times a week, at this stage he also assisted the help of 2 Personal Trainers at the gym. Pearce Cruse for his Strength and Conditioning workouts and Kam Doyle for his Cardio, Nutritional advice and Boxing Technique training.

This has proved to be a winning combination, as Steve has now lost over 5 stone, no longer has borderline diabetes and does not have any breathing issues.

He said ‘I stopped drinking alcohol, cut my calorie intake to 2,000 calories a day and have turned my life around’. He said he has never felt so full of energy or alert, rather than waking on a Sunday feeling grotty from alcohol, he now does a morning workout. He said he even has more money, which is a massive bonus!

Steve has tried a variety of classes, his favourite being Adult Boxing classes with Danny Butler, and is a regular gym user, plus his regular PT sessions, he said mixing up his training keeps it fresh and you never know what the PT’s are going to get you to do next!

Steve said he has not looked back since joining EPiC Gym, Portishead, he said its the most friendly, encouraging gym he has ever been to and would recommend to anyone.