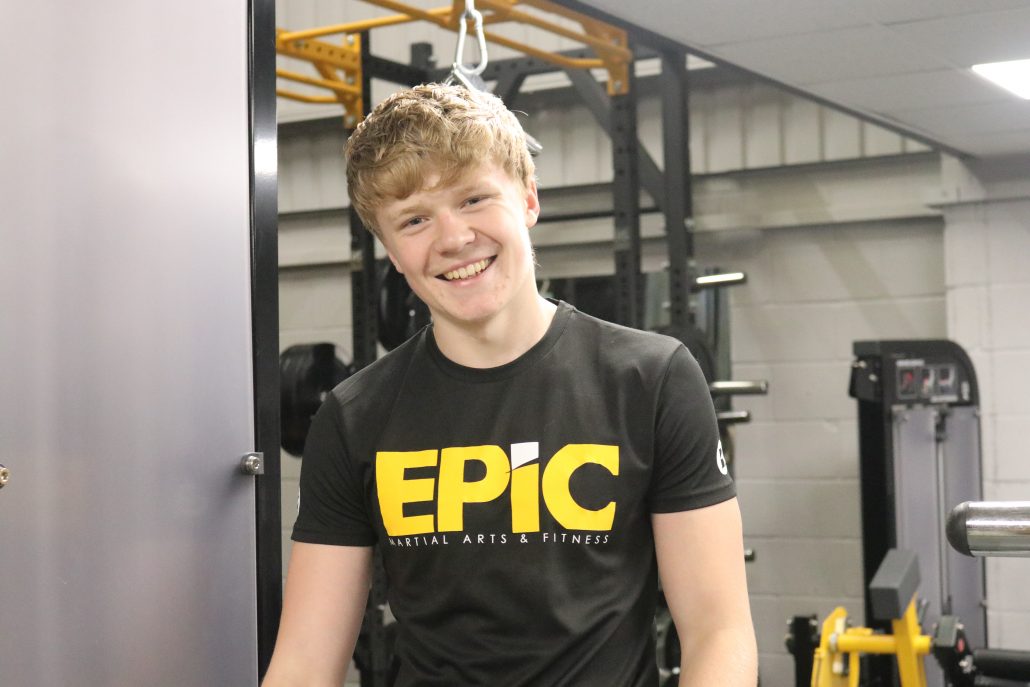 Aaron started with EPiC as a young lad, initially with martial arts where he began learning Kung Fu. He then started grading in kickboxing and competing at local tournaments. He progressed on to compete at the Bristol Open, the biggest UK tatami tournament, before going on a hiatus from training to complete his school education.

When Aaron returned to physical training, it was in weights and through meticulous training and a dedicated programme he has achieved aestheic results. His strength levels have increased massivey, particularly due to his work rate!

Aaron plans on progressing through to men’s physique competitions, which the club will fully support. Aaron works on reception at EPiC Gym in Portishead and assists in Little Dragons classes where needed. Aaron has a goal to achieve scholarship in an american university to work in the field of sports physio therpy.