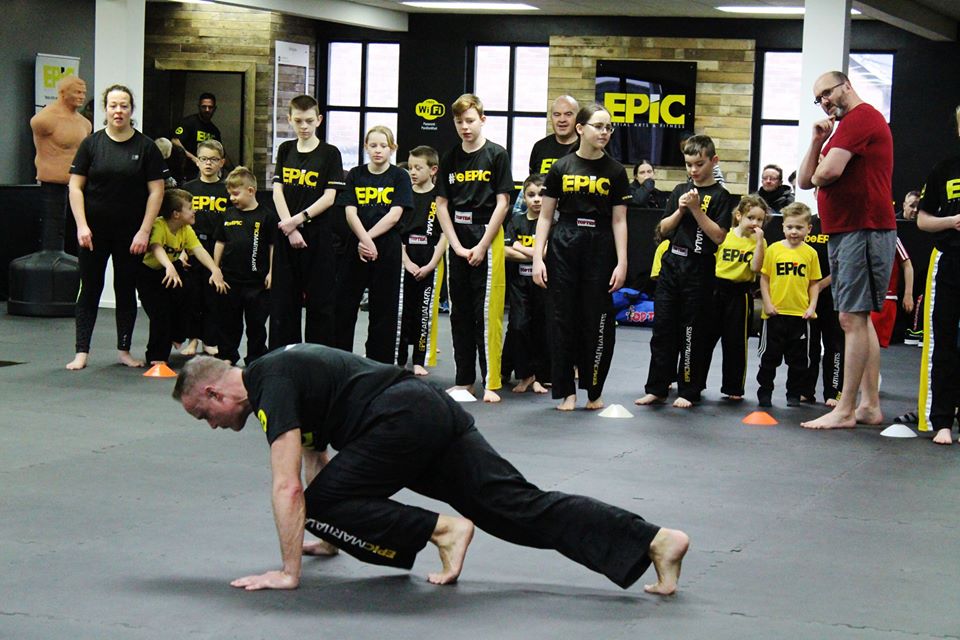 Andy has been training martial arts since he was 7 years of age. Andy specialises in Kung Fu, which he is passionate about and this is what his Son Ben went on to become a senior grade in. He also learned karate and kickboxing.

Andy has been a long-standing coach with EPiC and his fun approach to training makes him a big-hit with our members.

After leaving school Andy started at the bottom grade of an IT firm. He worked on replacing mice and keyboards but soon found that he was promoted to become a computer engineer. He then became a support engineer and then to his current position of worldwide support manager at a world leading IT company.

Andy spent some time working on the doors with Andy Cleeves in his younger years, which was the base for delivering self defence courses with fellow self-defence coach Matt Roberts. To bolster his knowledge Andy completed many security courses and qualifications.