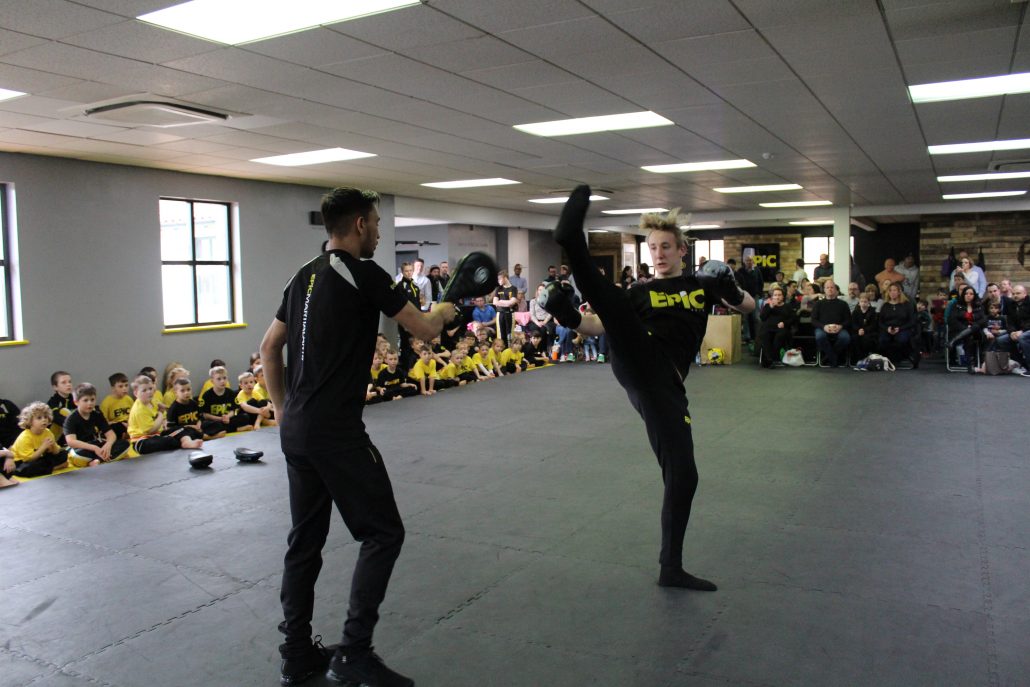 Brooklyn is a rare talent in terms of his athletic ability. Known for his back-flips, fancy acrobatics and for his solid fighting style, Brooklyn has grown through the ranks at EPiC Brislington.

in 2019, after 10 years of training, Brooklyn achieved his black belt in an intense 2-day grading alongside his fellow junior coach Connor Groome. Brooklyn, often called Brook for short, is a left sided fighter, who has performed at a National and International level for years. He also worked his way up through the belts in kickboxing and is now experiencing the world of working after education.

Brooklyn is a hard-working young man with a dry wit that often has those around him smiling with amusement.