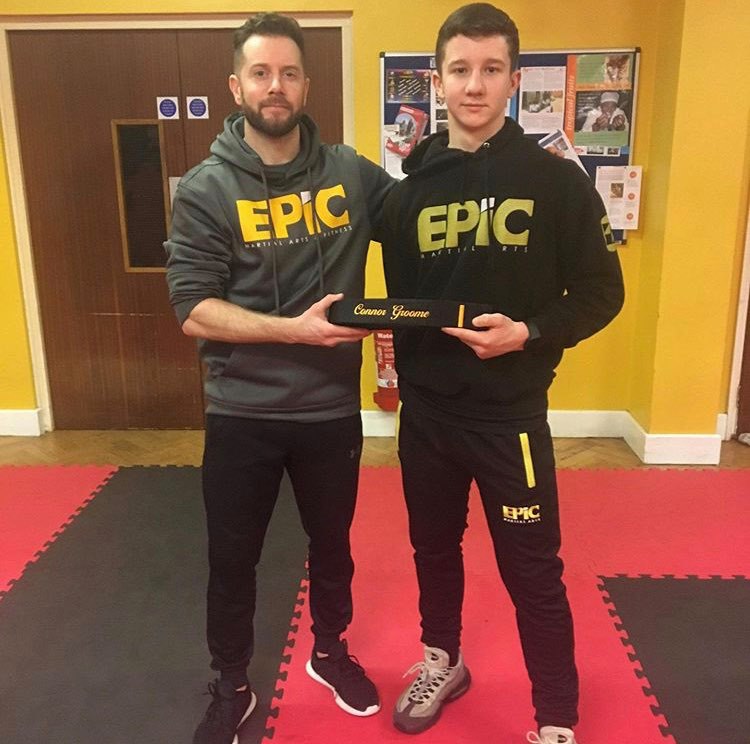 Connor is another product of years of hard work. After training hard for years of classes at EPiC Brislington under the watchful eye of EPiC Senior Coach Gio Marchese, he passed his black belt in 2019.

Connor is dedicated and helps with the set up and clear up at his childhood location at EPiC Brislington, while also assisting the 5 classes in between. He does this week-in and week-out. The way that Connor conducts himself and trains is a testament to his character, often drawing praise from those around him for his humility and discipline.

Connor also competes in kickboxing, with notable fights on the SKiLL STRiKER show, as well as many national level tournaments.