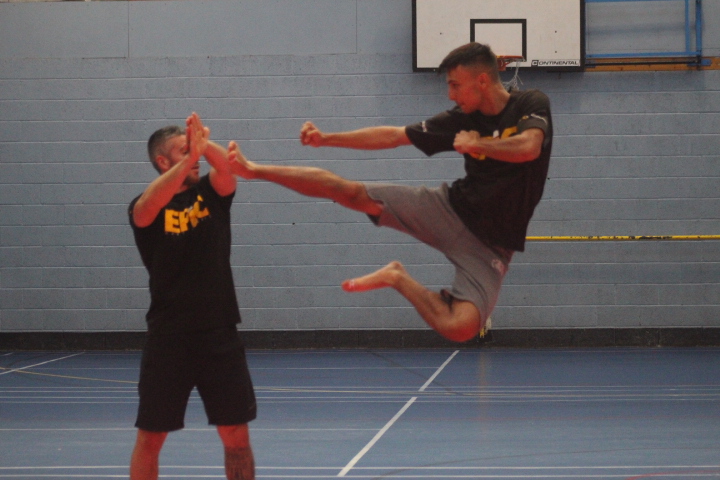 Kam is a rare talent in the fight arena. An athletic, agile and dominant athlete who has won 3x WAKO world titles and most of the international European circuit tournaments all before the age of 18.

His ability to move, coupled with his speed and the addition of his deceiving punch power make him a worthy adversary for any season fighter at any weight. Kam has been on team GB for years and has experienced the highest level of tatami fighting, winning a title in each discipline. (Points, Light Contact and Kick Light). In 2016, Kam had one of the most successful years that any fighter has had, winning almost 30 golds (including a world title), which is still the bar set at EPiC for any fighter to beat. This is why Kam was the very first Team EPiC captain.

Kam opened his first EPiC School in late 2018, Lyde Green. The school grew nicely over the course of a year and has produced technically savvy students, who follow the discipline and structure that Kam brings to his classes. In 2019, Kam inherited the EPiC Chepstow classes and set about growing the school. With an active approach to building and a detailed-ethos to developing his own students, Kam has seen success from his Chepstow club.

Kam is the second-eldest of the Doyle clan, of whom all but 2 represent the club and country in competition. He provides a solid role-model for his siblings to follow in the footsteps of and the club have great hopes for his youngest brother Jayden, who was born in 2018.