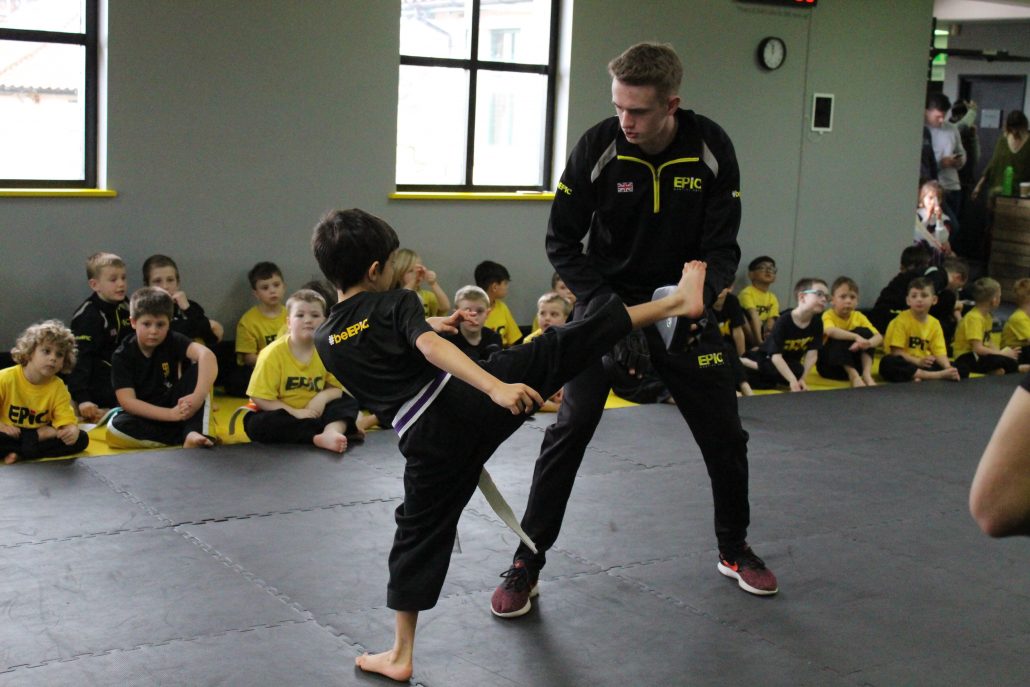 Pearce has three very different nicknames. The first two are ‘Legoman’ and ‘Johnny Bravo’ because of his hair, which are humorous and generally given to him by his fellow staff members. The third is one that he has earned through his cool persona and ability to get the best of people in the classes he teaches. ‘The Silent Assassin’ is due to the fact that Pearce is a calm and collected individual who has a very keen eye for detail and meticulously plans everything he does. When he takes classes, people are left feeling muscles that they didn’t even know they had and this is one of the signs of a top quality coach.

Pearce started with EPiC at the tender age of 11 and is now like furniture at the club. He has grafted hard at his Kung Fu in his teens before taking up Kickboxing competitions, even fighting in the coveted Irish Open, a goal Pearce had set as a young lad. He was working his way up through the Junior Coaching Development Programme and consistently hitting his goals. Eventually The Silent Assassin became a senior coach and launched his own martial arts class.

Pearce eventually decided to make a slight directional change in his main focus and pushed his fitness work to the forefront, while still keeping current at his martial arts and will be seen panelling as a judge at gradings. Legoman began cross-training to gain an insight into many disciplines of the fitness world. Pearce is a regular class instructor at the EPiC Gym in Portishead, as well as the Head Online Coach.