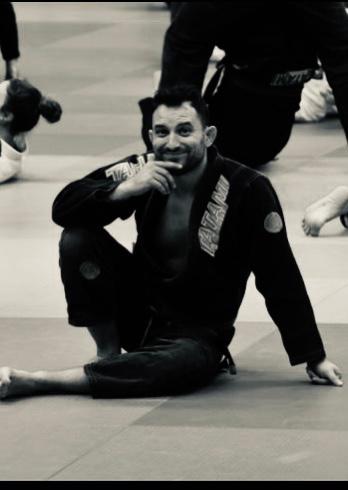 A true Martial Artsist in every sense of the word, Newport’s Wayne Arandjelovic has wandered the globe on his Martial arts journey, acquiring knowledge from every corner.

With over 33 years of experience, his pilgrimage began at age 6 when his father introduced him to the Korean art of Taekwondo, the discipline that earned him his first black belt and Welsh and British Champion accolades.

At age 15, he moved on to Muay Thai, with many trips to the Fairtex camp in Bangkok following.

Whilst living in Canada he discovered Brazilian Jiu Jitsu and trained under Trevor Clarkson.

In 2003 he returned to Wales where he founded Newport MMA, one of the first and most successful MMA schools in Wales. His most notable students are Tim Newman, Nathan Beer, Nathan Ford, Rikki Fortuna and Grant Worthing. Newman and Beer were consistently ranked in the UK’s top ten at lightweight and featherweight respectively.

Wayne remained active in BJJ, competing at home and abroad earning many titles along the way. As a testimony to this, in 2017 he received his BJJ blackbelt from Pedro Bessa, a belt well deserved and accomplished.

In 2019 Wayne became Head Coach of MMA Cymru (Wales) and in 2020 he graded his students in MMA, which is recognised recognised by IMMAF (International Mixed Martial Arts Federation)