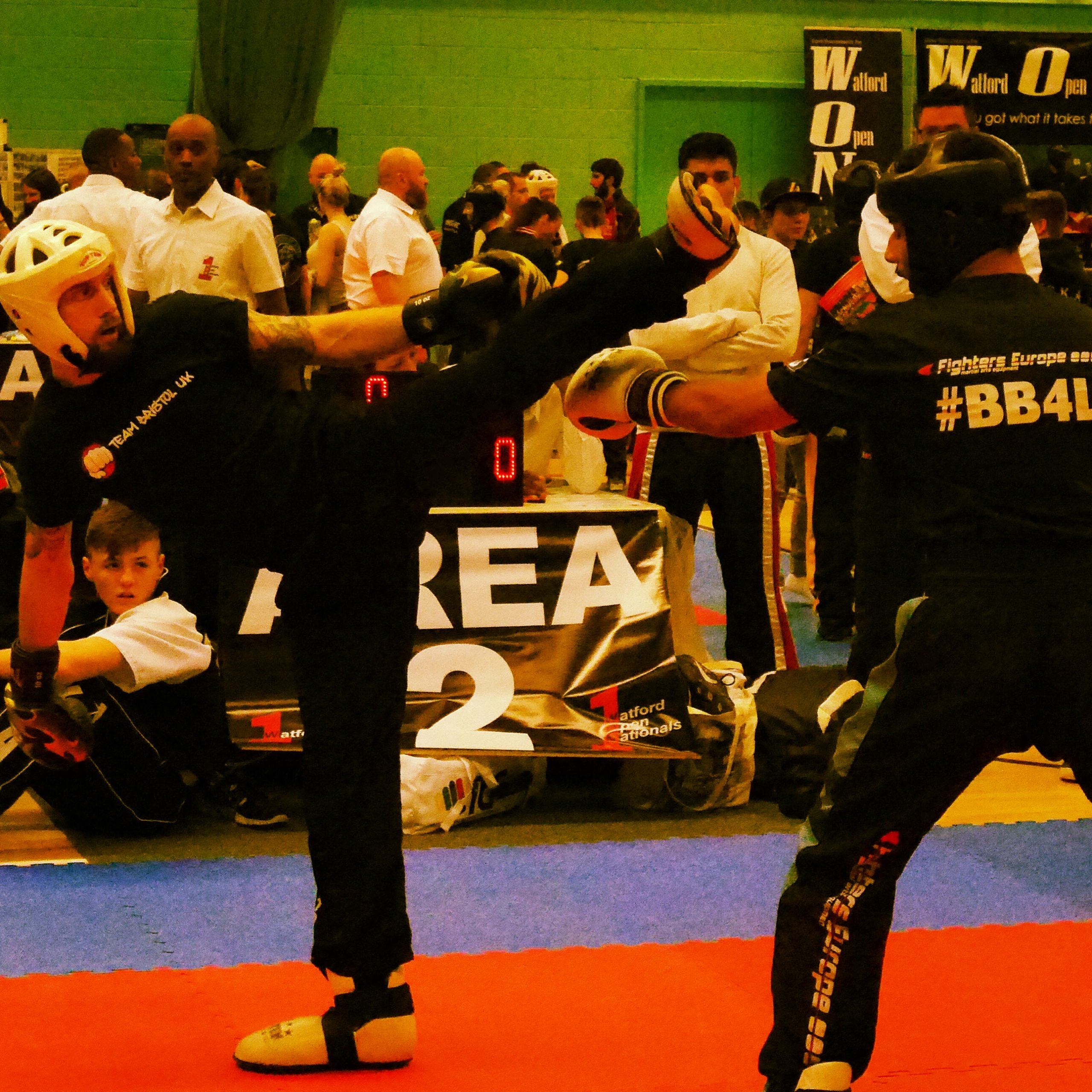 ‘The Won’ tournament, hosted by Dave and Rebecca Ryan has been growing rapidly in size and prestige over recent years and is now an eagerly anticipated staple of the competitive scene, reflected in the fact that carefully laid plans for an early finish were sabotaged by the sheer number of competitors taking part (a good problem to have). This included competitors from Ireland, Hungry, Germany, Czech Republic, Italy and Holland, emphasising the growth and importance of the tournament and more importantly the quality of the competitors, something Dave Ryan was quick to point out- “What can I say, the standard of fighting was off the hook, right from the kids, all the way up to our adults and a special thanks goes out to the International Teams that came over to support us.” As with the recent Kwon competition EPIC students continued to travel to gain experience and medals and posted some excellent results, not least Team Bristol’s kids, who won the team event, beating some high-class opposition to secure the victory. It was a win that had Gio Marchese enthusing-“Such a proud day for Team Bristol UK ! Our kids won the team event at today’s Nationals beating the cream of the crop from around Great Britain. Big Respects to our young Warriors who were awesome, a credit to Viera Martial Arts, Andy Cleeves , Sharon Gill and everyone involved!”

The youngsters were on a roll once more, with Harvey Tyler aged 8, who trains with Coaches Andy Cleeves at Portishead and Andy Gill at Bradley Stoke winning the Boys under 9 division, a great result after his to 3rd place at the Kwon tournament earlier in the month. Hayden Challenger was also on fine form once again, getting a third in the -122 point advanced, narrowly missing out on a place in the final. He also took a massive step-up in height, going to the 4th round of the -130 points advanced section and the -130 continuous category against a lot bigger and older lads. He acquitted himself well there too and 12 year old Brooklyn Meachin who trains in Brislington also joined the medal-winners getting bronze in the continuous -150cm., ensuring that it was a great learning curve and experience that will stand them in good stead for the future.

Kam Doyle once again showed good form, taking silver in the -170 points and continuous, losing by a single point in the latter. Special mention must go to 7 year old Alex Fellender-Evans who also gained great experience from what was his first big competition. He didn’t medal but he did win 5 out of his 7 fights in the novice under 9 category and under 122 cm category and with such an impressive debut it won’t be long before this young man is amongst the medals.

In the adult divisions Matthew Jones proved solid and consistent, taking 3rd place continuous men’s coloured belt -85kg and 3rd place points men’s coloured belt +75kg for a productive tournament whilst Gio Marchese had to settle for silver after injury struck at the most inappropriate moment (although there’s never a good time!). Gio he reached the final of his category -65kg men’s advanced continuous, and was cruising to victory, only to suffer an injury when ahead on points. With a big K-1 fight on the horizon Gio felt that conceding to protect the injury was the right decision but it was still frustrating to be denied so close to the 1st place on the podium. Everyone that knows Gio will be wishing him a speedy recovery and a big win when he steps into the cage again at the Troxy in London next month.

Overall this has proved a fruitful start to 2015 for the EPIC students and bodes well for a medal-filled year!