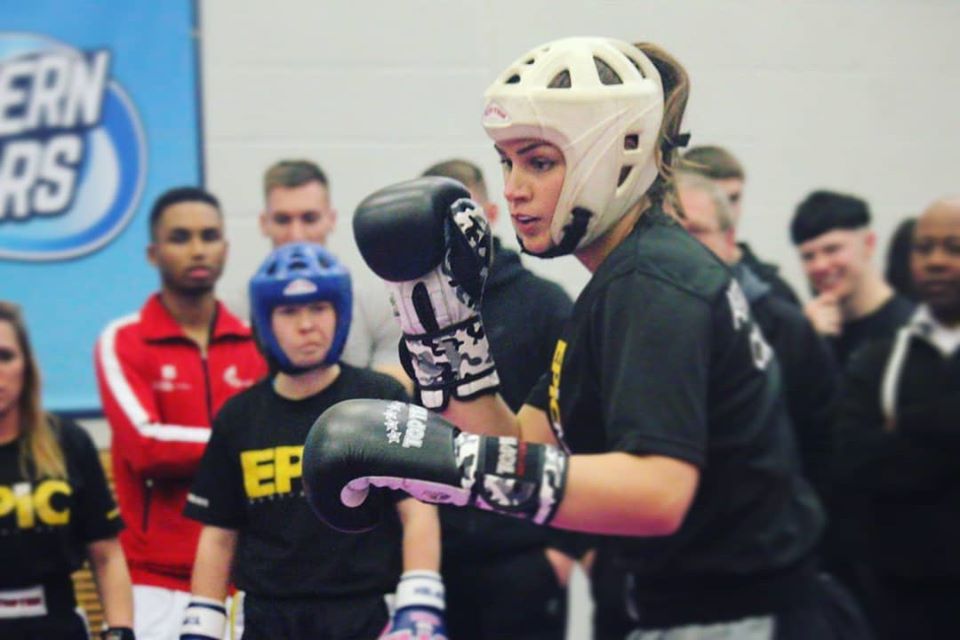 Molly is a WAKO world champion kickboxer, who loves the martial art and sport through and through. Her passion is competing and has become somewhat of a household name in points fighting since her impressive performances and results at the 2019 WAKO World Championships. She also won the WUMA World Championships as a young girl in forms! Not many realise Molly can wield weapons and do creative forms too.

Molly has also won the Karlovac Open in Croatia, as well as countless domestic national tournaments. In terms of her EPiC journey, Molly joined in 2015, starting back up in kickboxing at our Yate club, of which she is a coach at, after a few years out. She went on to become the Team EPiC ladies captain and has affectionately also gained the nickname ‘Long Legs’ within the EPiC community.

Molly has a warrior’s spirit, demonstrated in full with her incredible recovery from ACL and meniscus repair surgery in late 2017. This is something that took her until the end of 2018 to recover from. After being back a matter of weeks, one of her opponents poor attempt at a sweep during a competition caused her MCL to go. She recovered again and went on to achieve her best results yet.

Away from sport and fitness Molly is a chartered accountant, meaning she’s not just a pretty face! Molly enjoys spending time with her boyfriend Matt (who is also an EPiC coach) and taking their dog Jax for walks. Molly is into music and enjoys snacks while watching films, holidays and the occassional TV series!