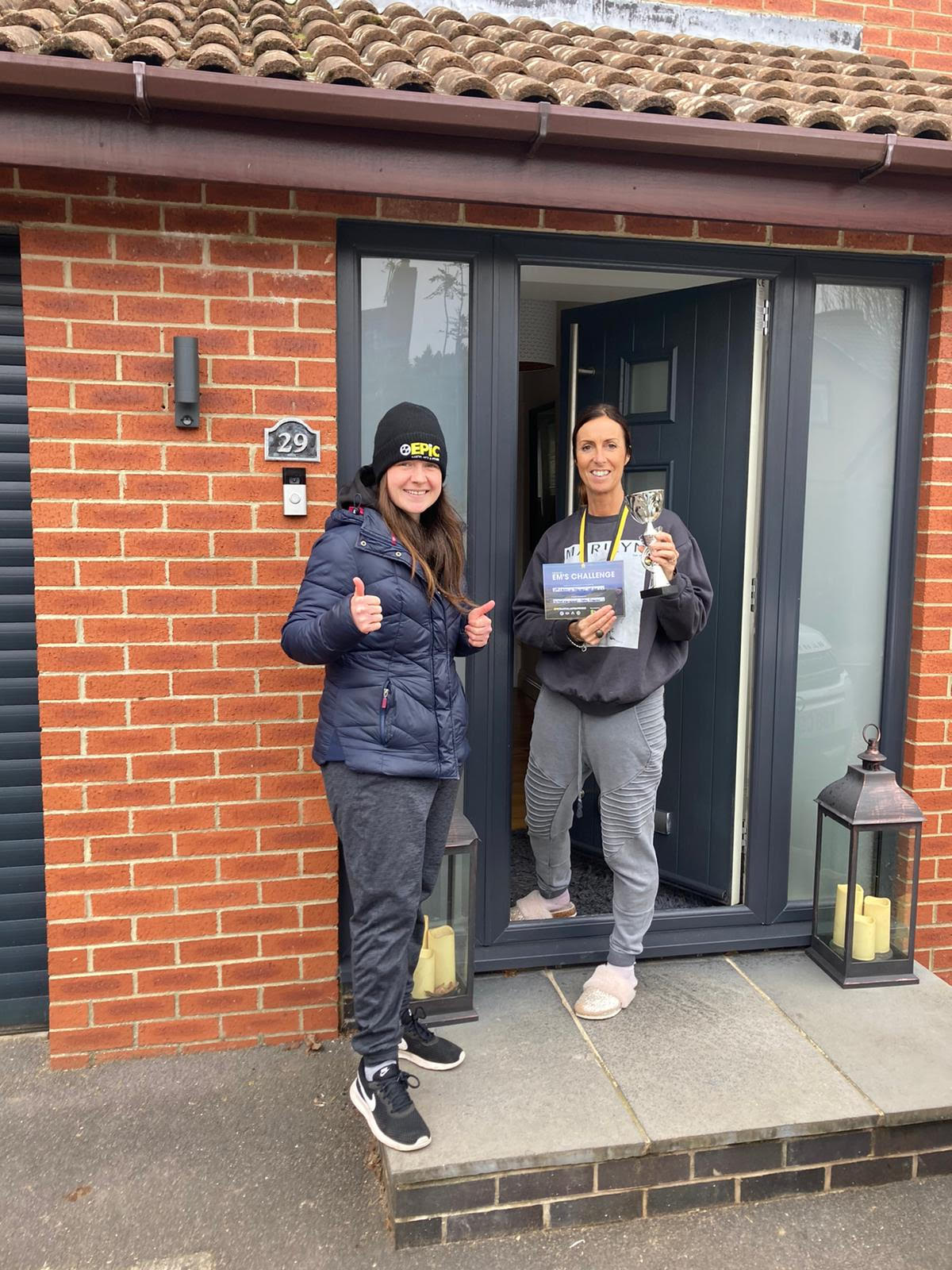 Following on from the success of the EPiC Community challenges, which were designed to keep our members moving during lockdown. February saw the launch of Coach Emma’s challenge, and this one has topped them all.

This was a very accessible challenge where people could choose either Bronze, Silver or Gold levels of Walking, Running or Cycling. Overall a whopping 72 people took part, who reported weekly to Emma the miles they had completed. Participants ranged from 5 years of age, and no matter what your level of fitness, there was a testing challenge for everyone.

Leading by example, was EPiC Coach and Head of Ring Sports, Gio Marchese. He spread out his 100 miles of running, by completing 8 half marathons during the month. He completed his final run in the sunshine, finishing at the beautiful Bristol landmark, the Clifton Suspension Bridge. He also raised a large amount of money for the charity, Bristol Mind.

There were a number of awards given for this challenge, including highest amount of miles covered, which was achieved by EPiC Fitness member Louise. Wade, an EPiC Martial Arts student won the most Motivational award, for overcoming health issues to complete his miles by walking up and down his stairs, a truly incredible young man.

The Most Inspirational award went to Cath Freeman, a 10 month post op Cancer Survivor, who not only completed her 100 miles of running, but completely smashed this target by running the equivalent of 8 full marathons. This included 10 miles each day of the final week, finished off by one massive 23 mile run. Cath is a longtime member and most importantly, friend of EPiC and is adored by all that know her. Inspirational, is an understatement when describing Cath, who also raised over £3000 for Cancer Research aswell. Cath, you are a legend.

Members said that they loved taking part in this challenge, as it encouraged them to get moving, by setting realistic personal targets.

Coach Emma, said she is so proud of everyone who took part, and for really embracing this EPiC challenge.